Eaton’s wide range of Motor Control Gear and Heating and Lighting Control equipment is an integral part of our single source commitment.    Since the late 1920’s we have built countless motor starters, fitted and trusted by generations of contractors, while the increasing requirements of our markets have led us to constantly update and expand our MS-16A range to allow for an increased choice of current ratings and ingress protection.

This wealth of experience and expertise in the design and manufacture of Motor Control Gear is mirrored by our Heating and Lighting range which offers a
versatile and comprehensive choice.

The MS-16A DOL starter with a power range up to 7.5KW, enclosed in a moulded enclosure – this can be used as a replacement for the discontinued ADS8 range.

It’s as easy to use as a contactor yet saves energy by adjusting the motor speed, with trip free operation. It’s so simple, it runs out of the box!

It’s also perfect for meeting the requirements of the ErP directive for motor efficiency.

The increasing automation of machines and the increasing legal requirements with regard to energy efficiency have resulted in a significant rise in the demand for variable frequency drives. At the same time the motor starter has established a strong position on the market. In order to bridge the gap between the two, Eaton is now offering a new device class: the Variable speed starter (VSS).

Electrical speed control using variable frequency drives continues to gain importance. The Motor Regulation EC 640/2009 of the European Union is a driving force here, stipulating the mandatory use of IE3 motors directly on the grid or likewise the use of IE2 motors with variable speed drives from 2015. This means that there is an increasing move away from the motor starter towards the variable frequency drive, particularly with simple applications.

Benefits of the motor starter and variable frequency drive combined

There is clearly a gap between these two most widely used methods of controlling electric motors. One the one hand, there is the motor starter with its easy handling and high level of reliability and yet limited functionality. On the other hand, the variable frequency drive provides the required variable motor speed and a wide range of functions, but involves a greater degree of complexity. The move towards the variable frequency drive therefore presents many users with some challenges since it is a highly complex device and normally requires a comprehensive knowledge of drive engineering.

As a pioneer and one of the leading specialists for all aspects of switching, protecting and driving motors, Eaton has developed a new device class that combines the benefits of the motor starter with those of the variable frequency drive. The so-called Variable speed starter (VSS) can be handled as easily as a motor starter but offers the possibility of variable speed control at the same time. 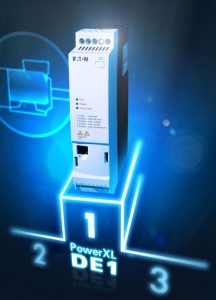 Eaton is launching the new device class under the product name PowerXL-DE1, first of all in two sizes. The slim-line FS1 version with a width of only 45 mm is ideal for controlling motors up to 1.5 kW, while the FS2, double the width at 90 mm, is designed for ratings from 2.2 to 7.5 kW. At first glance, these devices are the embodiment of simplicity.

Their attractiveness lies in the fact that there are no buttons and operating elements. This makes a simple “out-of-the-box” installation possible, i.e. the installer just has to take the device out of the box, wire it up like a motor starter, and it is already operational. The fact that the DE1 requires no parameter setting means that the probability of installation errors is kept to a minimum and therefore also the time required up to commissioning. Three LEDs indicate the status and operating mode of the unit at a glance. The table provided directly on the device gives a clear explanation of the color coding and flash frequency.

Besides simple handling, Eaton has also integrated the aspect of reliability into the new device class. The trip free design of the Variable speed starter (VSS) ensures maximum availability. This concept comprises the ability of the DE1 devices to detect the regenerative energy feedback from the motor and to thus lengthen the ramp automatically. It also includes a DC braking function and the function of automatically reducing the switching frequency to prevent the device temperature from being exceeded. However, in the event that a fault causes the device to switch off, the automatic restart function makes it possible to ensure continuous motor operation. This means that the manual reset of the fault is no longer necessary providing that safety is not impaired.

The benefits of the trip free design are easily demonstrated in practical applications. Imbalance can be a genuine problem in many applications where centrifugal forces are present (e.g. industrial washing machines). On the one hand the motor must accelerate the load, whilst on the other hand, the imbalance mechanically accelerates the motor so that it runs faster than set by the variable frequency drive. This results in regenerative energy feedback into the DC link circuit. Normally the energy must be discharged via a braking resistor. The DE1 offers a refined alternative: An internal algorithm ensures that this does not increase the DC link voltage to impermissible values and thus initiate a shutdown – and all that without the use of a braking resistor.

Fans are another area of application. The air flow in a pipe system can mean that fans often rotate when the driving motor is not switched on. If a speed controller is then required to switch the motor that is already rotating, the controller may be switched off in certain circumstances on account of overcurrent. With these kinds of applications, the DE1 Variable speed starter (VSS) is able to brake the motor with DC current before the motor actually starts in order to prevent the unwanted shutdown. The device therefore ensures fault-free operation even here. 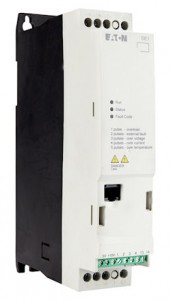 The variable speed starters are factory fitted with internal EMC filters so that they are suitable for use in industrial networks as well as in public utility grids (category C1, C2, C3) without the need for other external EMC filters.

With this unique performance profile and its design for ambient temperatures from -10 to 50 °C (60°C with derating) the Variable speed starter (VSS) meets the demands of several applications on the market for which there was previously no ideal solution. This includes, for instance, applications for which a DOL starter and star-delta starter combination or a soft starter cannot be used since the motor draws a large starting current but does not permit a reduced starting torque. This also applies to materials handling applications, when machines or crushers have to be started up at once under full load after a stop. Even for many simple applications, such as in the field of transport technology, regular variable frequency drives are often overdimensioned, i.e. too elaborate, too expensive and complex.

Many machine builders, who are required to move media such as air or liquids, are now challenged by the requirement of the ErP Directive to design a new drive concept for fans and pumps in order to achieve the prescribed minimum efficiency values. If they have previously used a motor starter and controlled the flow rate mechanically or hydraulically, such as with throttle valves, they are now faced with the challenge of switching to a power-dependent control through the possibility of variable speed adjustment.

The variable speed starter is also ideal for applications requiring a fixed speed that cannot be implemented with the mains frequency. This is often the case in the wood industry where motors are run at high speeds (e.g. 18,000 rpm). The DE1 also offers an alternative where a constant speed is required, but where an IE3 motor cannot be used due to the different mechanical dimensions compared to IE2 motors.

The variable speed starter also offer considerably more options than is seen at first and second glance. A pluggable and universal configuration module, the DX-EXT-SET, enables the operator to change the most important parameters from the factory setting with a screwdriver – without the need for a keypad, software or manual. This means that ramp times, motor protection, mains frequency and terminal configuration can be set ergonomically. Once the parameters have been set via the operating elements on the front, the configuration module can “mechanically store” this parameter set, which can then be transferred directly to other variable speed starters – simply by plugging onto the DE1 device and pressing the Set button. This function simplifies and speeds up commissioning in series production or when replacing a device in the event of a fault.

Eaton also offers users external keypads with LED or OLED displays, already known from the PowerXL series, for an alternative method of parameterizing and operating the DE1, as well as a Bluetooth communication stick for the simple copying of parameters from one device to others. Like all devices of the PowerXL series, the DE1 is also compatible with Eaton’s drivesConnect software. This software and the keypads enable up to 63 devices (DE1, DC1, DA1) to be combined in a drive network and now operate and parameterize them centrally as stations of the network. The DE1 comes with a Modbus interface as standard and can also be integrated directly in Eaton’s innovative SmartWire-DT communication system.

The new PowerXL-DE1 Variable speed starters (VSS) that comply with the international CE, UL, cUL and cTick requirements thus provide machine and system builders with a cost-effective and at the same time highly reliable alternative for worldwide use in order to make applications with a previously constant speed more energy efficient and in compliance with the increasing international legal requirements. 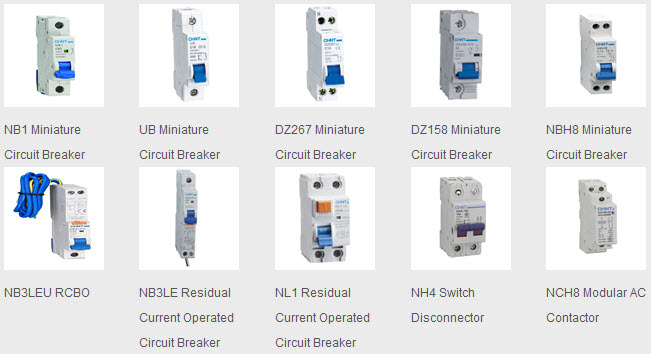 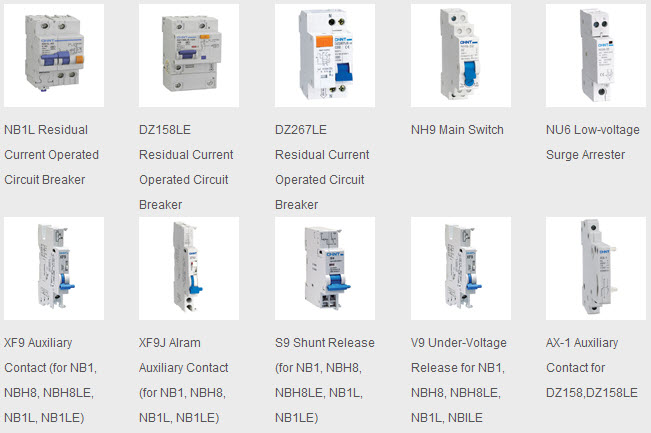 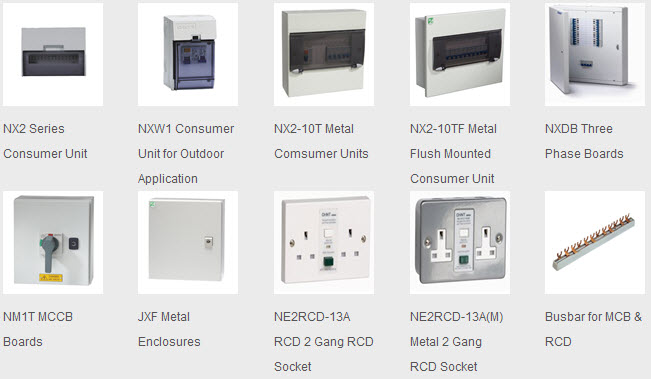 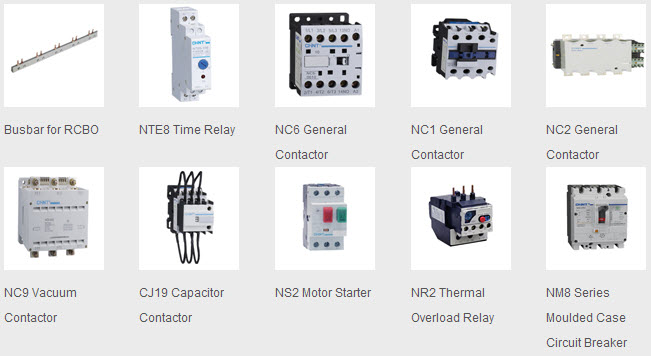 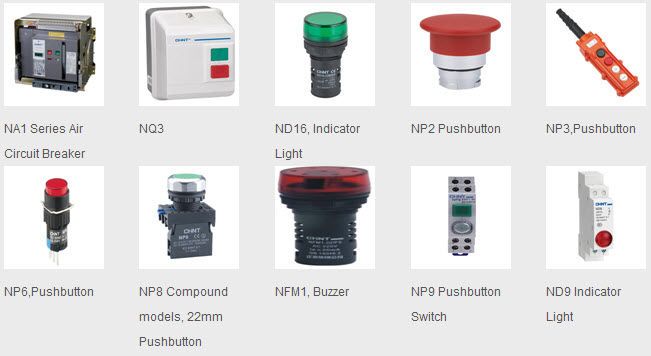 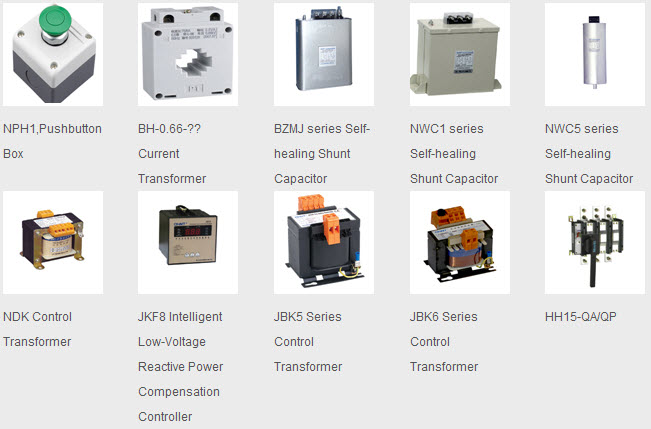 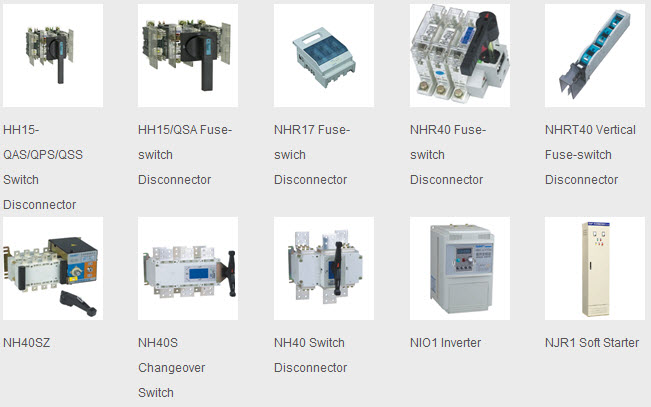 Do you give your motors a kick-start?  Or do you accelerate them nice and smoothly?  If you have a large motor, the answer is obvious: You install a softstarter to protect your electrical network.  But… what do you do if your motor is medium-sized or small?  You either start Direct-On-Line.  Or you install a Y/D starter. And keep your fingers crossed.

It doesn’t have to be that way any longer.  ABB is now introducing a state-of-the-art range of small, compact softstarters that covers applications from 3A up to 45A.  They are designed to meet our customers’ surveyed requirements:  “Better performance than Y/D… reliability and quality… tight dimensions… easy installation…possibilities of communication… and all of this, of course, at an attractive price!”  In brief, it’s a brand new concept in compact softstarters – it’s really a smart Starter!  Power and Productivity.

In addition, because the starters are designed and built in the UK, they fully address the specific needs of UK users, and excellent availability is guaranteed

The starters come complete with or without an isolator and are supplied fully wired, requiring only the addition of an overload relay – which mounts directly on the contactor – to be ready for immediate use. All models are offered in insulating or stainless steel enclosures with an IP65 ingress protection rating, or in sheet-steel enclosures which have an IP55 rating.

Moeller Electric’s new enclosed motor starters are designed to provide long maintenance-free service lives. Customised versions to meet requirements which are not covered by the standard models are available on fast deliveries and at attractive prices.