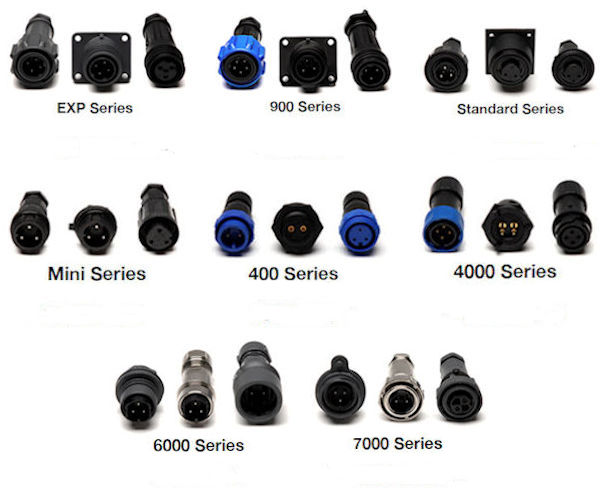 With a wide choice of ruggedized plugs and receptacles offering 2 to 32 poles, popular power ratings including 250V, 277V up to 600V 32A and screw, solder or crimp terminations and metal or plastic connector housings, the Buccaneer power connector range provides the ideal interconnect solution to many design problems. 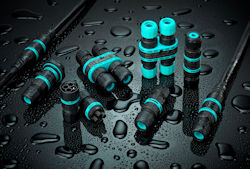 The range includes IP68/IP69K models that can be permanently submerged under water and withstand high pressure water jets as well as dirt and dust. TeeTubes have been installed in major projects including illuminating major river bridges, illuminating billboards at sporting events and public water features. They suit a wide range of applications, including architectural lighting, street lighting, underwater lighting, illumination of road signs and billboards and the connection of interior and exterior Class 2 electrical devices. 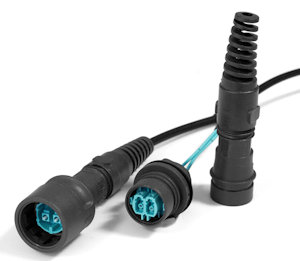 The 6000 series harsh environment optical connector, is designed for years of service in areas where unprotected physical contact fiber, simply isn’t an option. Featuring a secure, yet easy to operate 30 degree locking mechanism, with field proven IP68 and IP69K performance from our 6000 Power range.

Tamper Resistant Receptacles – TRR The concept of tamper-resistant receptacles is not a recent development; these devices have been a standard product offering of wiring device manufacturers for many years. The devices are designed to protect individuals (primarily children) from accidental shock resulting from the insertion of foreign objects. The US National Electric Code NEC® Article 406.12 states that all 15- and 20-ampere, 125- and 250-Volt nonlocking-type receptacles installed in dwelling units must be Tamper Resistant. In 2017, changes to the Code expanded on these requirements and locations. Previously, tamper-resistant receptacles were required in dwelling units, guest rooms and guest suites of hotels and motels, and in child care facilities. The expanded code brings these safety devices to preschools and elementary education facilities; business offices, corridors, waiting rooms and the like in clinics, medical and dental offices and outpatient facilities; to assembly occupancies such as places of awaiting transportation, gymnasiums, skating rinks, auditoriums; and to dormitories. These expanded locations are areas that small children frequently occupy.

Schurter’s NR021 NEMA 5-15R Tamper Resistant series meets the expanded code requirements according to UL 498. Additionally, with the option of an added insulated wall between the L, N terminals, compliance with the Spill Test, outlined in UL 962 Sec. 62, is more cost effective and efficient for manufacturers of Household and Commercial Furniture and Furniture Power Distribution Units (FPDUs).

Higher Temperature Rated Receptacles Packing density of equipment for data communication and storage continues to be regularly revolutionized with the surge of usage and functionality. Increasing ambient temperatures go hand in hand with these advancements, as demand trickles down to the smallest components to keep pace with emerging needs of the appliance manufacturers. The NR010 and NR020 series have an operating temperature range of -25 ˚C to 150 ˚C in response to the power needs of the Datacom industry. In addition, the NR010 with IDC terminals provides a version with an independent L terminal. The neutral and ground terminals can still be bussed, while the line terminal can be used for maximum load according to UL rating 15 A, 125 V. It also extends the capability of adding functionality to each outlet individually. 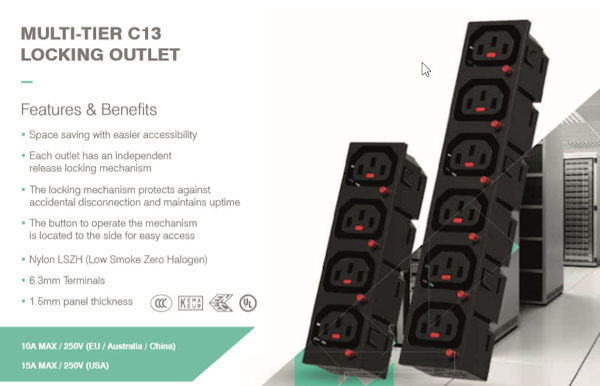 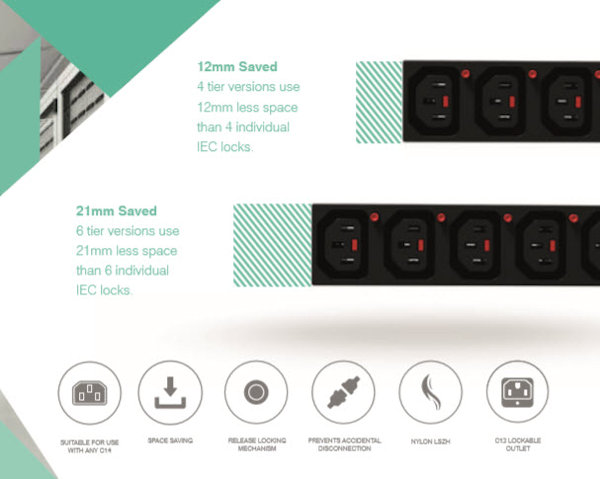 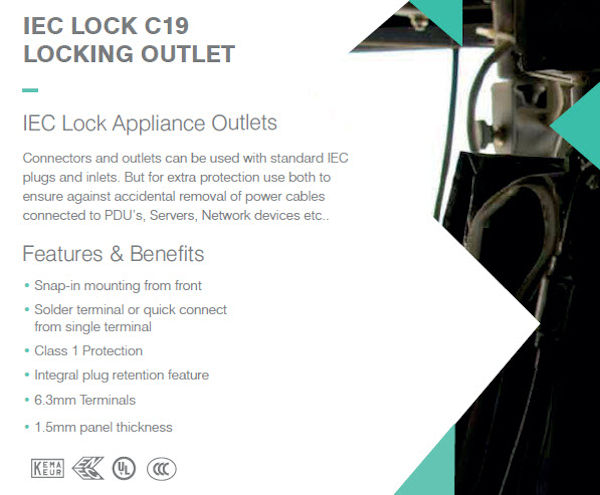 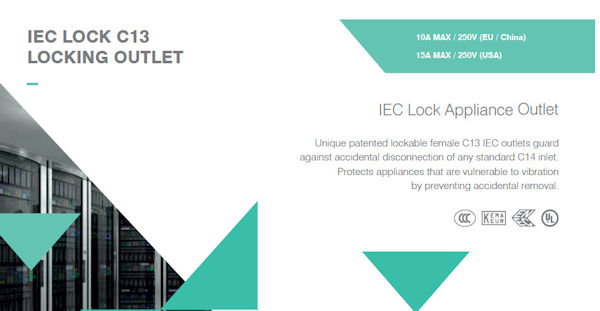 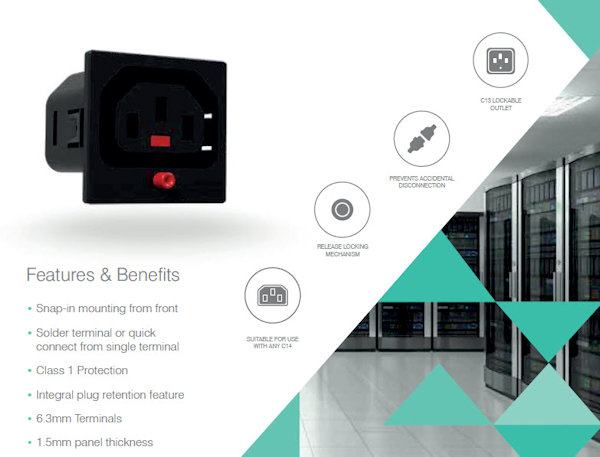 The first 5 pole screwless in line junction box on the market with 5 approved 32A lever connectors; supplied with all components for completely tool-free faster installation 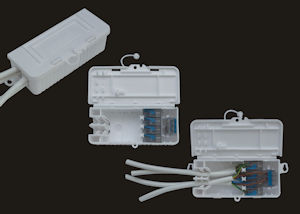 Hylec-APL, the specialist supplier of electrical components and enclosures, has announced the launch of Debox SL2, a completely tool-free in-line junction box which comes complete with five approved lever connectors. Debox SL2 is the smallest junction box with five poles on the market and the only product supplied complete with 5 screw free terminals: each individual 32A lever connector can take up to three conductors. Debox SL2 saves professional electrical contractors valuable time and makes installation easier for smaller and larger internal wiring jobs, as everything needed is supplied with the box and there is no need to use a screwdriver to securely join wires. Thanks to its design, Debox SL2 ends the frustration of dropping tiny screws on the floor, which then have to be retrieved, or not having required components on hand.

A first to the market from Hylec, Debox SL2 is a registered design and suitable for joining either flat or round profile cable with a minimum conductor size of 0.5mm and a maximum of 2.5mm. It is simple to use – after inserting cables and closing the levers, the lid of the box is simply snapped shut and secured with the butterfly clip supplied. To enable the Debox SL2 to be re-opened requires a tool, which complies with current regulations.

Safety is always paramount for electrical components and the Debox range, including the new Debox SL2, is flame retardant to UL940V 0 and conforms to the EN60598-1 (13.2.2) Glow Wire Test. Debox SL2 measures a compact 116mm x 45mm x 33mm and is manufactured from white polypropylene. With a temperature rating of -20degC to +85degC, it is maintenance free and suitable for all internal applications.

Debox SL2 joins the other highly successful Debox in-line junction box products, Debox SL and Debox S. Debox SL, which has four lever connectors, was the first 100% tool less / screwless in line junction box available on the UK market and has since sold in the millions of units. 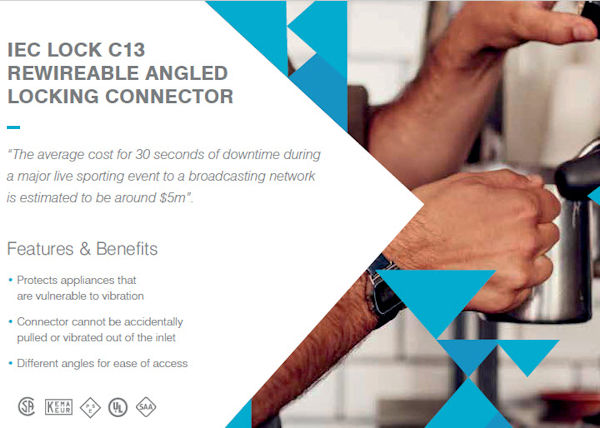 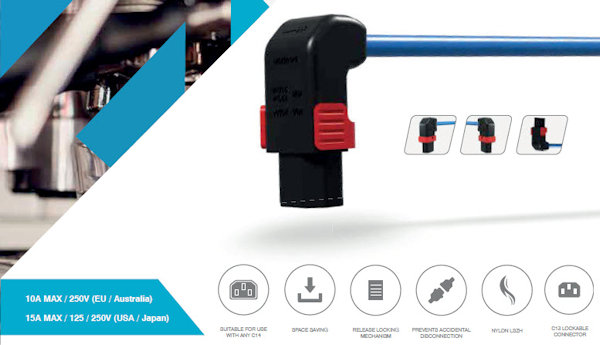 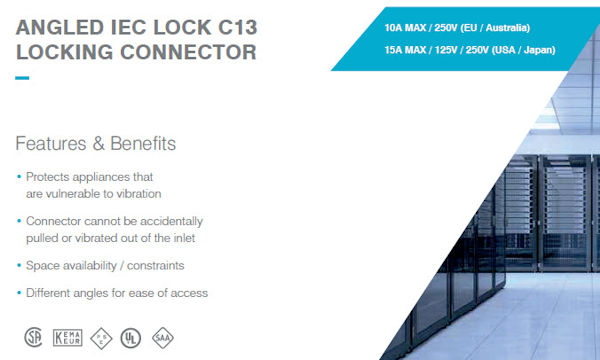 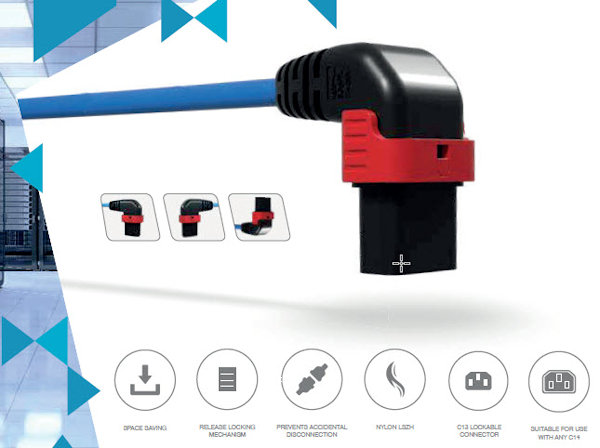