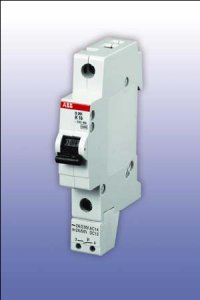 The pro M compact® MCBs also offer a reduced height compared to ABB’s previous range, saving around 2cm of space per MCB. This provides additional installation space for when space is at a premium.

ABB’s patented release system enables easy removal without the need for a screwdriver. Release connectors on the back of the devices allow them to be simply disconnected from the busbar after turning power off and disconnecting the wiring.