Finder was one of the first manufacturers to integrate NFC technology for the programming and control of its devices (first launched in 2015). NFC programming, which until now has only been available on Android smartphones, is now also possible on Apple devices (iPhone 7 and later). 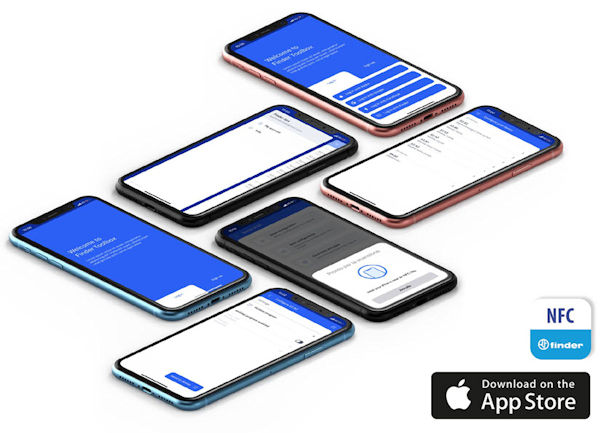 With the Finder Toolbox NFC app for iOS you can now program from your iPhone various products such as the Finder SMARTimer, and numerous Finder time switches and digital astro switches. In 2019 Apple estimated that there were more than 900 million iPhones in use worldwide, hence this app will allow a large number of new users to take full advantage of the Finder range of NFC smart products, boosting sales of the 12 and 84 Series. 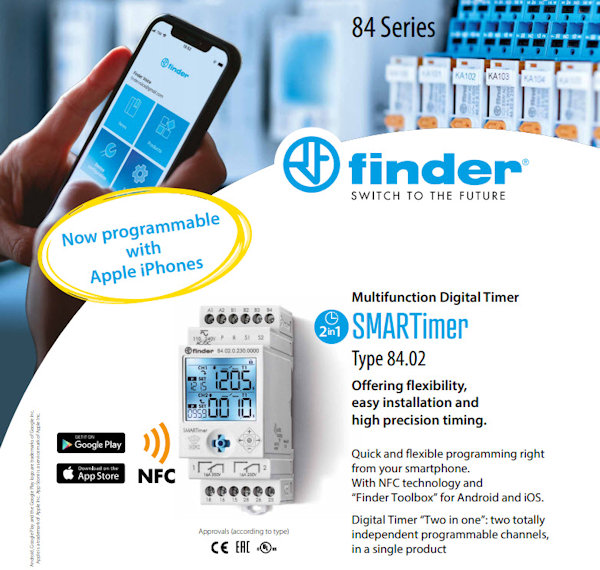 What are the advantages of NFC?
• Easier reading of devices inside electrical panels
• Faster programming via the app and easier maintenance
• The possibility of naming and saving configurations